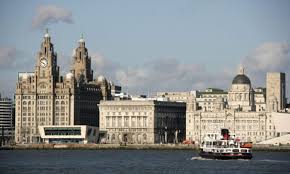 Liverpool historically lay within the ancient hundred of West Derby in the south west of the county of Lancashire. It became a borough from 1207 and a city from 1880. In 1889 it became a county borough independent of Lancashire. Liverpool sits on the eastern side of the Mersey Estuary and its growth as a major port is paralleled by the expansion of the city throughout the Industrial Revolution. Along with general cargo, freight, raw materials such as coal and cotton, the city was also directly involved in Atlantic slave trade. Liverpool was home to both the Cunard and White Star Line, and was the port of registry of the ocean liner RMS Titanic and others such as the RMS Lusitania, Queen Mary, and Olympic. 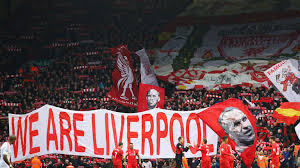